Would you like to switch to the accessible version of this site?

Don't need the accessible version of this site?

Remembering Hermann Snellen, the Father of the Eye Chart 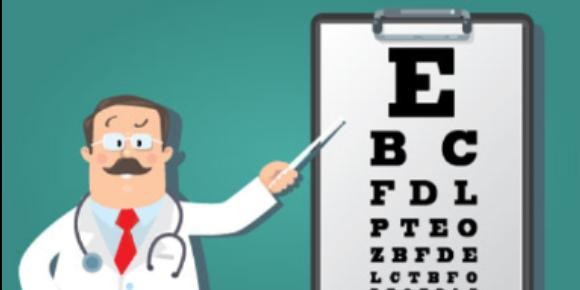 Remembering Hermann Snellen, the Father of the Eye Chart

Jan. 18, 2018 marks the 110th anniversary of the death of Hermann Snellen. His name may mean nothing to you, especially if you don’t routinely hang out with optometrists, but we can almost guarantee you’ve seen his most famous invention.

Snellen, a Dutch ophthalmologist born in 1834, created the eye chart. Like, THE eye chart—big E, looks kind of like a Christmas tree from a distance, eye chart. Looking for a way to measure visual acuity, Snellen developed the familiar wall-hanging in 1862. What set his chart apart from other such tests developed by contemporaries was his use of optotypes, specially designed characters on a 5 x 5 grid. By using optotypes instead of standard fonts, he produced a physically standard measure that could be reproduced from chart to chart, no matter where or by whom the chart was printed. This allows eye health professionals around the world to measure a patient’s ability to correctly read a line of optotype characters when they are subtended 5 minutes of arc and separated by 1 minute of arc.

Since its creation, more copies of the Snellen Eye Chart have been sold in the U.S. than any other poster, and it is still (obviously, as you’ve for sure seen them in our offices) widely in use today.

So the next time you’re to stumble through the last line you can comfortably read (no squinting, straining or leaning forward allowed!) remember Hermann Snellen and his optotypes.

Please fill out the form below.

Find us on the map